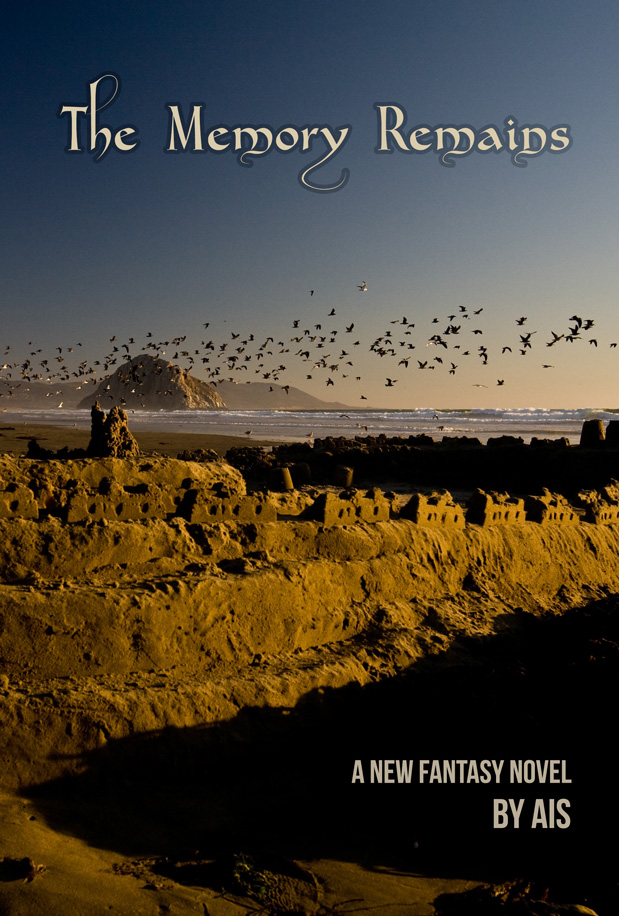 Eight years ago, a village was destroyed and hundreds of lives were lost. There were only three survivors: a priestess, a king, a thief. Now, after years to prepare, they are on a crash course for reuniting.

Two of them want to kill each other, and the third is caught between loyalties.

I made the cover, with the usage of images that were available through creative commons rights. I edited all images to some extent, primarily by adding effects or layers on Photoshop.

This is a temporary cover to be used as a placeholder for now, until the book is at the point of self-publishing or submitting to a publisher. At that point, it will get an official cover made, most likely, by a professional.

Below you will find an excerpt from The Memory Remains. Note that this excerpt is not edited and is included merely to give an idea of the story.

Sage turned his gaze up to the bloated moon. It seemed darker and heavier than it should have been for this time of year. The few stars he could see were distant twinkles barely visible through the suffocating black sky. He leaned forward, his arms resting against the stone windowsill, the coldness seeping through his robes to touch his fevered skin. His breath was getting heavier and faster but he paid it no mind. Dull eyes stared blindly at the moon as his heart began to thunder chaotically in his ears. The room tried to shift and stretch beneath him but he would not let it. He held to this reality fiercely, viciously. The stone dug into his clawed hands, the pressure of his grip threatening to break his skin and cast dark, flowing blood across its scratched surface. He let the nausea wash over him, the dizziness and the dissociation. His mind threatened to separate from his body, to float moments away in a fuzzy, disjointed reality.

The scenery began to shiver and jump, a brighter day attempting to break through. The castle walls shimmered in and out of reality, replaced by a bright field with honey-scented wind. The sun was breaking in and out of his vision to the right of the sky, a massive tree covering part of its fading red glory. People ran through the thigh-high grass, their steps slow then fast, as if time idled then sped up only for them. As their feet touched the ground their image would jolt, then disappear, only to reappear a few steps later as they still ran. A child held a kite, but sometimes he would disappear, and sometimes the kite would. The clouds in the sky were overwhelming and stained beautiful pastel shades as the sun began to set.

Against his face, the honey-scented breeze that blew in his direction was soft and warm. He could feel memories and a future in the wind, in the strength of its reality. The sound of laughter and of carefree life came with it, threatened to overtake him, tried to destroy him.

He would be strong.