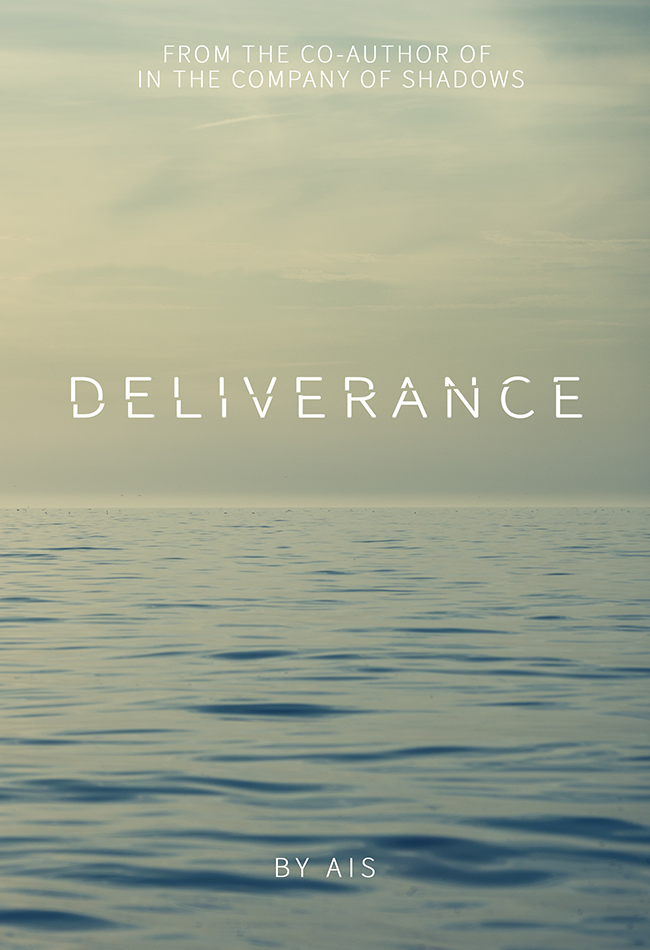 Download the book as a pdf or read online here.

Luke, an undercover agent from the US, is on assignment in Fiji to stop a terrorist attack before it begins. But the ghosts of his past are resurfacing at the same time he learns that he has a lot less time to find the terrorists than he thought.

The cover was made by the lovely Ashley Kaye Hayes, whose amazing artwork can be found at http://akhayes.com/.  The image comes from https://unsplash.com/.

Below you will find excerpts from Deliverance. Note that these excerpts are not edited and are included merely to give an idea of the story.

This story was originally written for Wanderlust, The Slash Pile May Anthology for 2012. We were given a theme of travel and random tags that we had to fit into the plot somehow. These characters appear only in this and are unrelated to any other story. This is a oneshot but was too long to be posted as one so I have cut it in two for GR.

This story has absolutely nothing to do with In the Company of Shadows, and it’s mere coincidence that there is someone named Luke in both stories.

He still remembered that moment.

Water leaking through the cracks in the soles of his shoes. Rain pouring down, as much a physical barrier as emotional. He could hardly see past the doorway he crouched in, and could hear no better. The cold chilled him, deeper than his skin, his bones; deep as the empty place inside that reminded him why he was there. Why no one knew him and never could again.

His phone suddenly vibrated, buzzing against his fingers and startling him. He pulled it out and checked the caller ID, feeling his blood run cold at the name. He didn’t pause nor allow a flicker across his bland expression as he answered.

“Yo,” he said idly into the phone. He tossed some money in a beggar woman’s cup as he passed and glanced around at the storefronts. “I told you I wouldn’t buy you anything if you didn’t call me before I left.”

There was a significant pause on the other end of the line before the rumble of a familiar voice murmured into his ear. “This is a secure line.”

“I know, I know,” Luke said in a cheerfully long-suffering tone. He swung closer to a storefront with groceries inside, eyeing a cold drink before making a face and continuing on his way without breaking his stride. “But complaining won’t change a thing. You have to learn to make up your mind before I leave.”

“Tell me when you can talk.”

“Yeah, yeah.” Luke twisted to avoid running into a man striding past him. “Maybe next time.”

It took him nearly five minutes to wind his way through the streets until he could finally locate a place out of the way from prying eyes or ears. He strode up a small hill and ducked into the back area of an abandoned building. He had used this space occasionally for CRI meets and it had proven to be one of the most secure areas in Suva for delicate conversations. Even so, he flicked on the debugger clipped to his belt and only spoke when he saw he was clear from any surveillance.

“Reese, what the fuck?” Luke hissed quietly. He hovered near the wall to aid in further privacy. “I told you not to use this line. Are you trying to get me killed?”

“It couldn’t be helped.”

There was a short pause and then: “Give me your update first.”

Luke raised his eyebrows and turned, his upper back pressing against the rough wall. “I have six possibles identified, depending on the message. Did you hear back from intel yet?”

“They say it’s likely to be concentrations.”

“What sides are we thinking?”

“The big two, most likely.”

Luke grimaced and dropped his head back against the wall. “Great,” he said sarcastically. “Any update on the timeline?”

“A week?” Luke repeatedly dangerously, straightening abruptly. “What the hell– how did that slip through the cracks? Last I heard was a month, maybe two.”

“They pushed it up. No one knew.” Reese paused and added, “You know we would have told you if we did.”

Luke glared into empty air. If his time was that short after all, he was going to have to lean on his CRIs even more. At least he understood the reason for Reese’s call.

“I’ll get on it. Copy you on anything new.” He was about to hang up when Reese said suddenly:

“Okay.” Luke drew the word out slightly. The silence stretched and Luke rolled his eyes. “What, are we playing guessing games now?”

There was another, longer pause. Luke’s senses went on heightened alert as a stirring of worry moved through him. Reese wasn’t usually this reluctant.

Another long pause and then:

The world stopped moving around Luke. The susurration of voices in the background and the oppressive heat of the day fell away in the face of the buzzing that overtook his mind.

“What?” he asked breathlessly, clenching the phone.

Reese sighed. “It’s him. I don’t know why or how or even whether he’s involved. The alias is old– twelve years. It could be a coincidence, but…”

“Probability of truth from intel?”

He could almost see Reese’s sculpted features grimacing. “They place it in the 60% range.”

An explosive breath left Luke and he started moving again without realizing it; a restless pace that kept him circling in the corner like a piece of debris caught in the wind. He shoved his fingers back through his thick brown hair, leaving locks to fall forward into his eyes when he dropped his hand at his side.

“Probability of a trap?”

“What do you think?” Luke pressed.