Read the first four chapters of Incarnations for free!

Bonus: glossary included at the end.

Get an idea of the characters, personalities, and more in excerpts below. 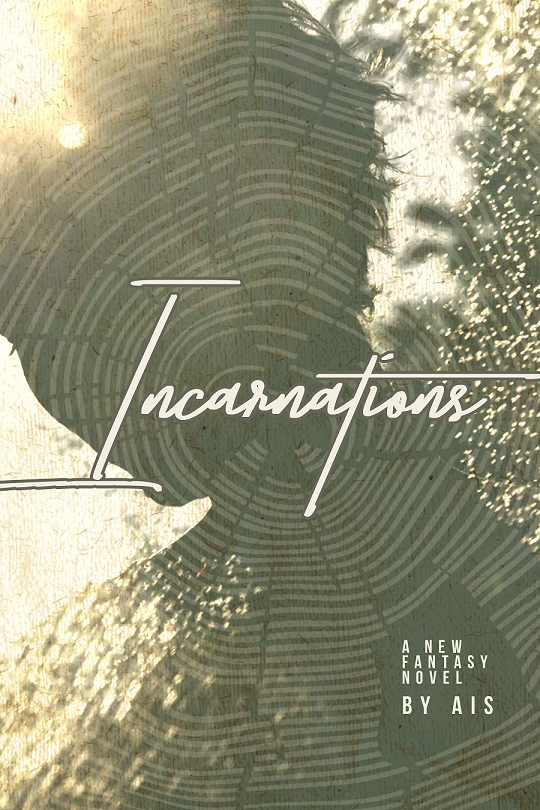 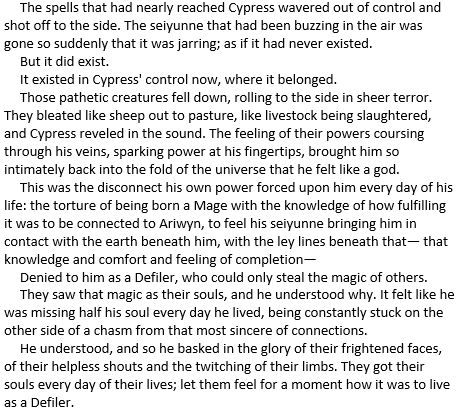 Incarnations is being released on Patreon! I am releasing at least one chapter a month to Patreon, and my Patreon itself is not set up with reward tiers. If you pledge $1 or $100, you get the same access. If you can’t afford to pledge any amount or don’t want to, you can still read Incarnations! I’ll be releasing the chapters in chunks every few months for free to all. Patrons get early access and support me trying to become an independent writer who doesn’t need to work a full time job and can devote more time to writing.

I’m also releasing the first 3 chapters for free here on my site! See the links below. And let me know what you think! Thank you so much for your interest!

If you need further information on Incarnations, why it matters to me, and more, please read this post and this post. 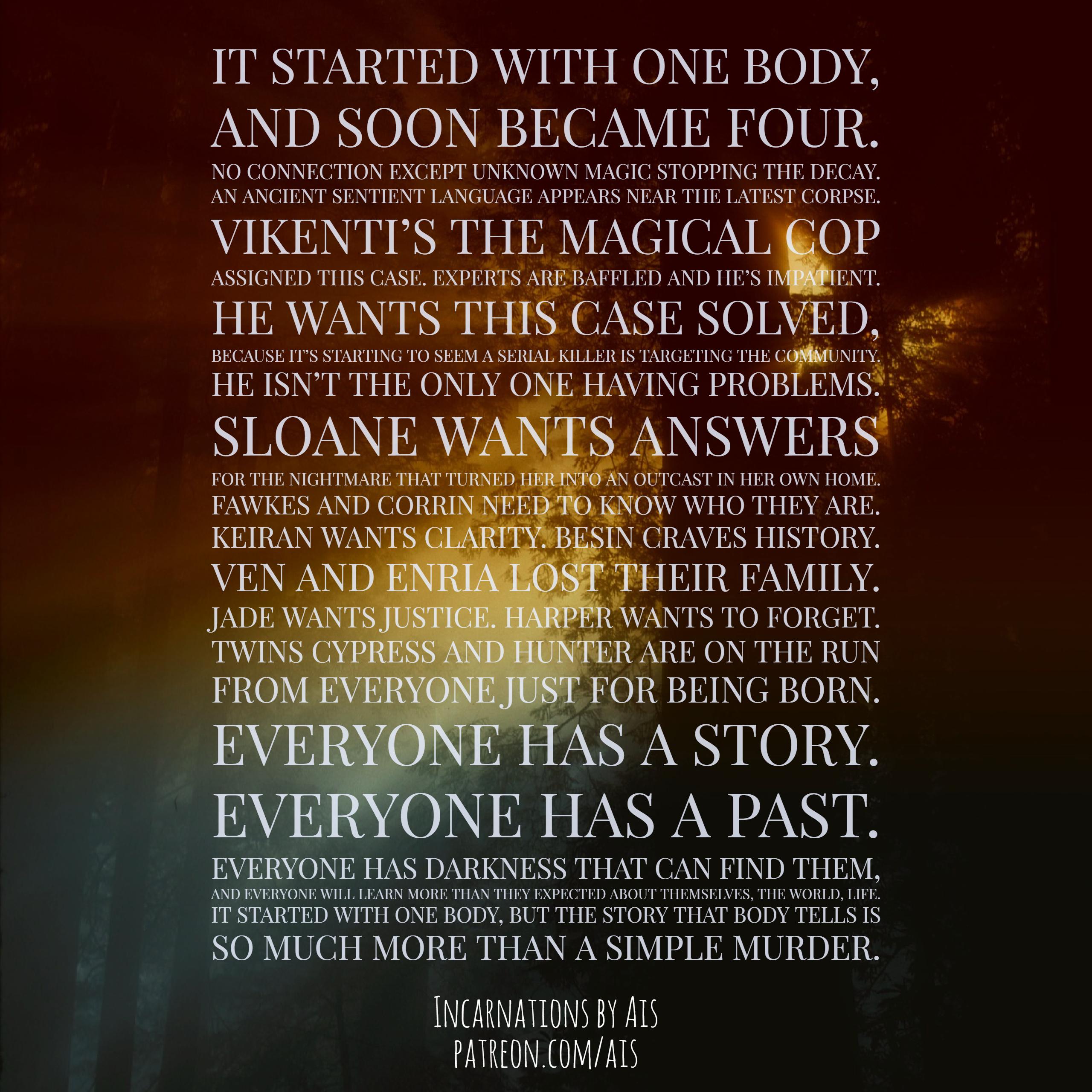 A group of people are pulled into a mystery that slowly unfolds to be larger than they initially assumed. Those connected by a tragedy years in the past, those pulled together through friendship or hardship, and the weight of family, all come together to race to find the answer to killings before more victims are found.

Genre: fantasy, LGBT
Expected length:150-200k words
Status:work in progress, expected finish date April 2016
Type:Part of a series, book 1 – series as of yet unnamed (was going to be Incarnations but can’t be if that’s the name of the first book, obviously)
Series:Title TBD
Relationships:Not the focus of the series, but will likely include f/f, m/f, m/m. Story includes heterosexual, homosexual, lesbian, asexual, and transgender or agender characters.

I made the cover, with the usage of images that were available through creative commons rights at www.unsplash.com. The photographers are Christian Bruno and Michael Browning. I edited both images to some extent, primarily by adding effects or layers on Photoshop.

This is a temporary cover to be used as a placeholder for now, until the book is at the point of self-publishing or submitting to a publisher. At that point, I might update it to an official cover made by a professional. 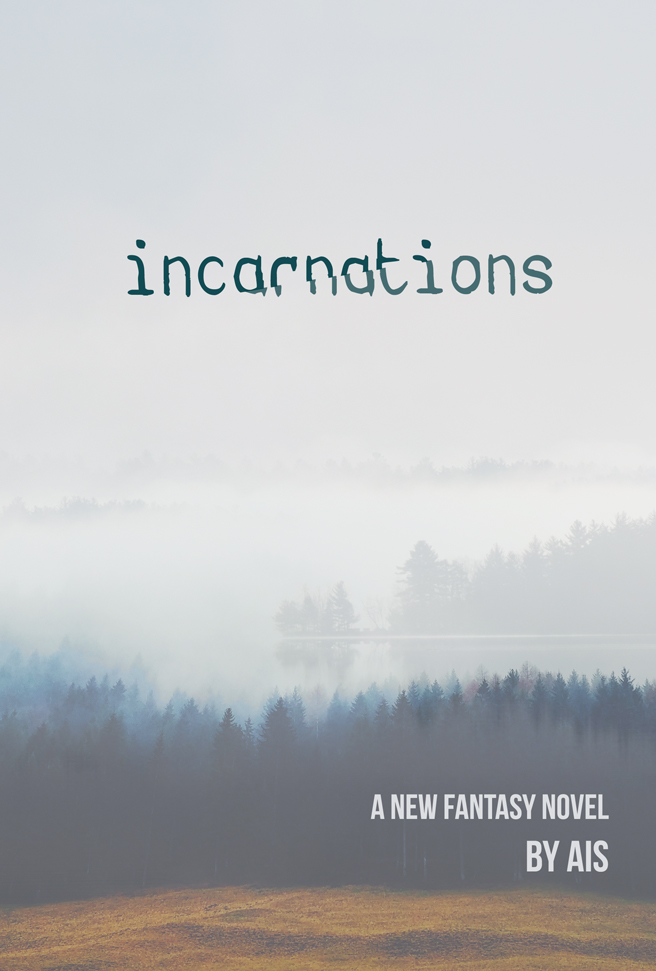 This is a book that I started when I was around 13, then stopped, started over, stopped, and so on for many years. My current goal is to finish the book by my next birthday. The title is currently Incarnations, however that was originally planned to be the title of the series, so the book name may change.

Below you will find excerpts from Incarnations. Note that these excerpts are not edited and are included merely to give an idea of the story. I am providing very limited excerpts because I don’t want to spoil too much or have anything be stolen before I can release the book.

The background image is by Christian Bruno.

To avoid spoilers and/or anyone stealing any names, I changed some fantasy-world-specific terms to our Earthling/American equivalents below.

“What on Earth are you talking about?” Vikenti asked irritably. “I’ve been here maybe a minute.”

The words took a moment to filter through his mind. Six…

His gaze snapped to the surrounding woods. Only then did he notice the shadows, heavy and dark; weighted with the press of the night. The cool bite of the windless air. The creaking of trees and the susurration of woodland animals.

The hair lifted on his arms for more reason than the temperature. The idea of unknown magic prying deep into his psyche was more alarming than anything he’d dealt with so far that day, unnaturally preserved bodies from a fastidious serial killer included. He wanted to look back down at the rock but stopped himself, canting his gaze away at the last second.

“What the hell were you doing, anyway?” she demanded. “Scared the hell out of me. Does it have something to do with–”

She started to step around him, to look down at the rock he was standing near. He shot an arm out, forcing her back a step.

Terms specific to this fantasy world have been changed to Earth/American equivalents below.

Jana returned to alphabetizing the books, moving on to a third cart now that the first was finished. Not long had passed before the door slammed open again. She made an irritable mental note that they should make that door heavier so people would stop bursting into the room so boisterously.

Jana looked over in time to see Ven nearly tripping over himself to get to Vikenti’s side. At Ven’s appearance, Vikenti’s back went whip tight and he shot up.

“Lieutenant Shaw, my favorite lieutenant of them all!” Ven exclaimed, collapsing onto Vikenti’s back and hooking his arms around the older man’s neck to stay upright. With the difference in their ages, of Vikenti at forty-seven and Ven at thirty-six, they could have passed for an annoyed uncle with a rowdy nephew.

“Did you miss me?” Ven asked happily. “I’ve missed you. I’ve kept the lights on at my home, should you ever decide to stop by. No need to be afraid of—”

Vikenti’s olive complexion flushed a deep red. “I never said I was afraid of the dark! Fuck’s sake, you leeching vermin, why you ever had to publish such a bald-faced lie—”

Ven chuckled. “Come now, no need to be embarrassed. Lots of people fear the dark.”

“What else ails you, LT? I can devote all my time to fixing it for you.”

Vikenti shoved Ven off him roughly. The younger man stumbled and fell against the table. Besin and Cora let out twin harrumphs at the papers shifting, but they otherwise ignored the spectacle while they both continued to read.

“Find someone else to interview!” Vikenti burst out angrily. Jana shushed him again but this time he totally ignored it. “I don’t see why I have to be designated to your sorry ass when we have public info people for a reason—”

“Listen. I’m not interested in your bullshit when you misquote me anyway—”

“Did you hear that, everyone?” Ven looked around the room innocently. “Lieutenant Shaw just told a reporter from the Circle that he enjoys our time together and wishes to have more sessions, so he can fully explain his point of view without any distractions or misinterpretations.”

Vikenti was nearly crimson now. “I said nothing of the sort!”

Ven grinned broadly and pulled a quill out of a bag, along with a scrap of paper. “Tell me, Lt Shaw: what is it that plagues you at night? I’ve been thinking of writing an exposé on what it’s like to be a Lt in HQ. Not many are assigned such an illustrious post—”

“This is why I fucking hate reporters—”

“Would you both quiet down?” Besin cut in. “It’s making it difficult to concentrate.”

“Fine. I’ll leave.” Vikenti started to walk away but Ven stepped into his path to cut him off.

“What are you doing in the library anyway, Lieutenant Shaw? Are you following up on a lead for the mysterious bodies I hear have been popping up lately?”

“Oh, for fuck’s sake,” Vikenti growled, pinching the bridge of his nose and squeezing his eyes shut. “I don’t know what you’re talking about.”

“Yes, you do. I heard there are three bodies floating around the morgue right now and no one knows how they died. Word is, you’re the one assigned the case. So? Anything you want to say to the adoring public?”

“I have nothing to say about any of this. Goodbye.”

Vikenti tried to walk away again and once more Ven stepped in his way.

“Get out of my goddamn way,” Vikenti hissed.

“There’s no fucking scoop to give! For fuck’s sake, leave me the fuck alone!”

“Ohh?” Ven drawled. “Then you won’t mind me looking at what these two are studying so diligently over here…”

He started to peer around Cora’s shoulder. Vikenti stepped in his way even as Cora swatted Ven’s reaching hand away and Besin glared at the two, demanding once again that they be quiet.

After a few more seconds of Hunter tinkering and Cypress finishing his jerky, Hunter swore vehemently and set the stone on the floor. He stared at Cypress so intently that it was nearly a glare.

Cypress smirked. He kind of enjoyed seeing his brother at a loss. Made up for all the times he acted holier than thou toward Cypress.

Hunter could apparently read his thoughts once again because it became an outright glare. “Shut up.”

Cypress gave him a shit-eating grin and pushed himself to a stand. “Told you we’d need that part. I need to get the other piece, anyway. They’re doing the deal at Road’s End, right?”

“Yeah. Will you be fine on your own?”

Cypress scoffed. “’Course I will. Will you be fine here on your own?”

Hunter’s eyes narrowed. “Of course I will.”