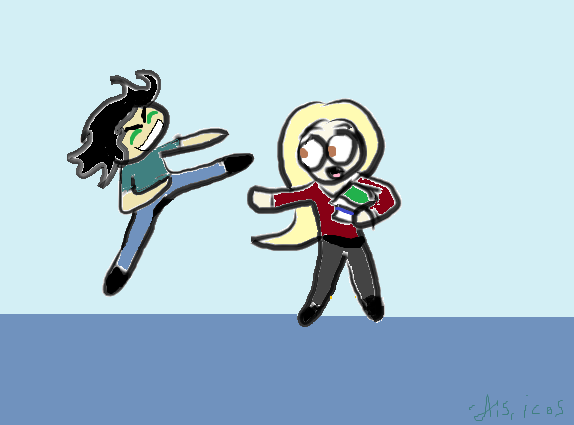 These are random drawings done over the years, inspired by a variety of things but oftentimes simply some stupid idea I got in my head that amused me. 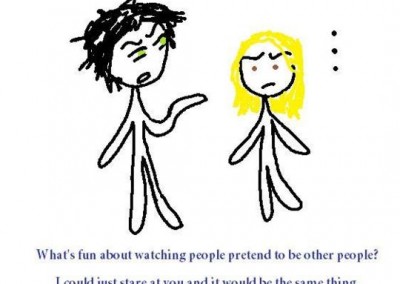 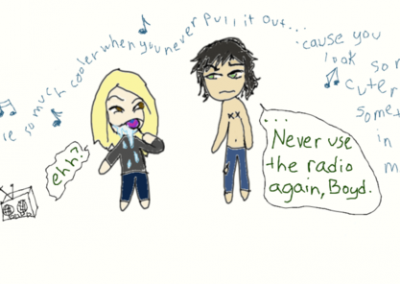 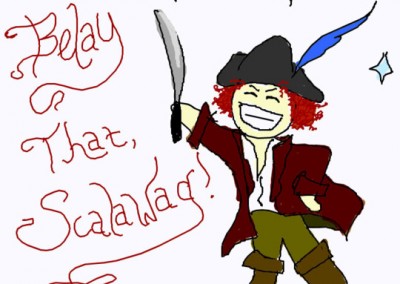 Owen would make an awesome pirate 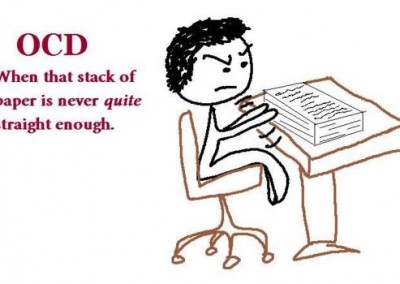 Jeffrey used to always straighten stacks of paper in the original version until I realized, why does the dude have that much paper anyway? 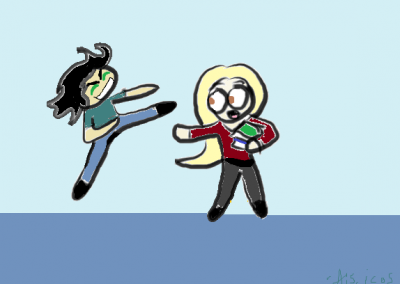 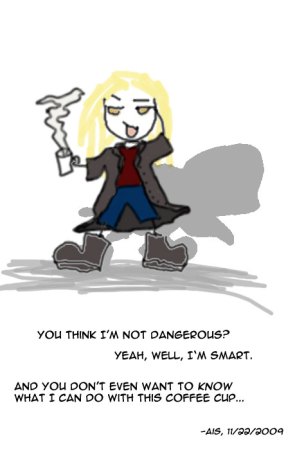 based on an original scene in Evenfall where Boyd attacked two people with a mug of hot coffee; threw the coffee in one person’s face and broke the mug against another 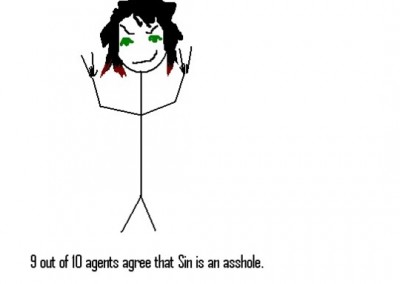 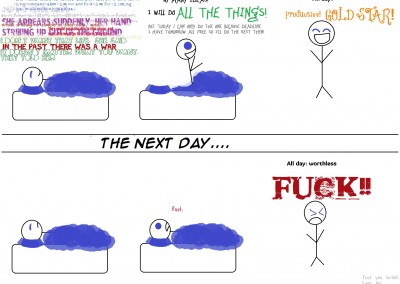 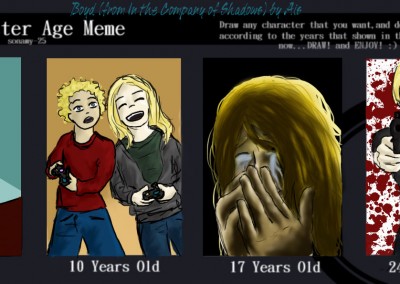 This is a meme I did from Deviant Art 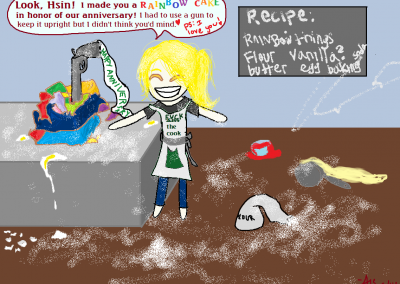 I think someone requested an ATA of Boyd making Hsin a birthday cake, and this is the image I got in mind instead. Watch a video of me drawing this in the video section. 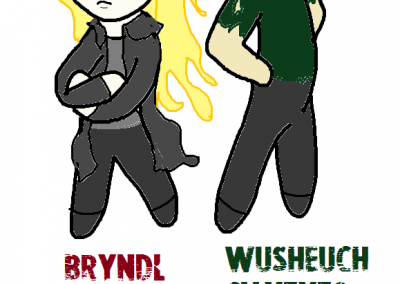 making fun of the ridiculous “official” spellings in HxH compared to how the names are pronounced, smokesinatra and I came up with ICoS equivalents 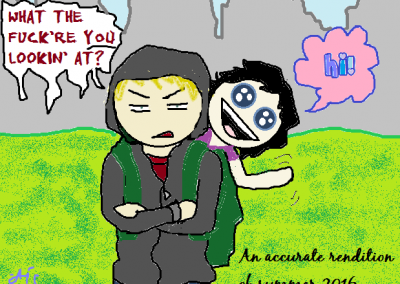 I drew this as a joke after Santino posted about wanting to travel, I said to come along, he joked I’d fit in his backpack. 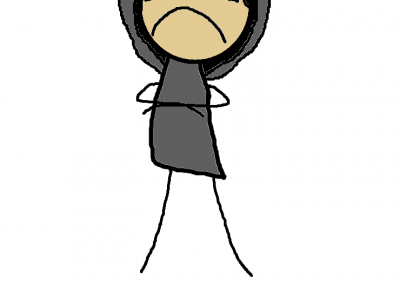 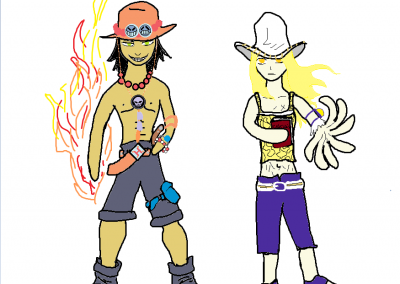 I am IN LOVE with One Piece by Eiichiro Oda. I thought it’d be fun to imagine who the ICoS characters would be in OP based on their personalities. If you know OP, I’ve cast Hsin as Ace and Boyd as Robin. 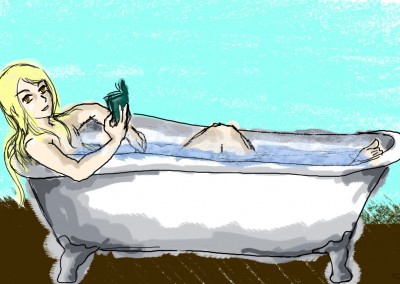 Made to test out I think daMuro. I imagine Boyd reading in a tub, Hsin opens the door and Boyd smiles. 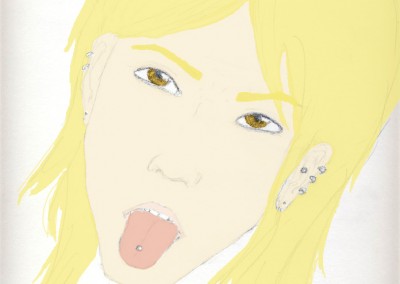 this was my very first concept of Boyd in Fade 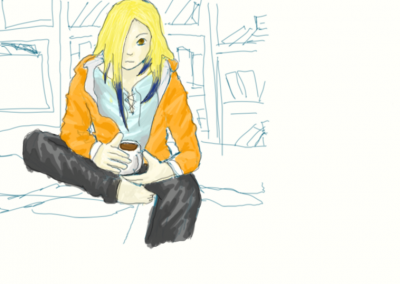