It may sound strange to call this ‘original art’ since all the art on my site is original, and even the ICoS stuff is based on an original story my friend Santino and I wrote, but in this gallery you’ll find all the art that isn’t related to In the Company of Shadows.

Including, honestly, my favorite piece of art I’ve ever made: Ascendant, used as the icon for this page.

Several of these pieces reference a fantasy series. That is a series I do not currently have named or listed on my site. It’s something I started when I was 12/13, wrote 150 pages, then started over. I’ve been working on it on and off for the two decades since. As such, I’m paranoid to name it or give much information on it until it’s finished and I’ve submitted it places to try to get published. 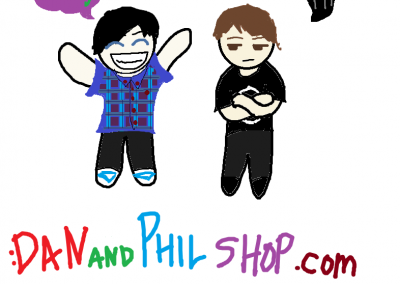 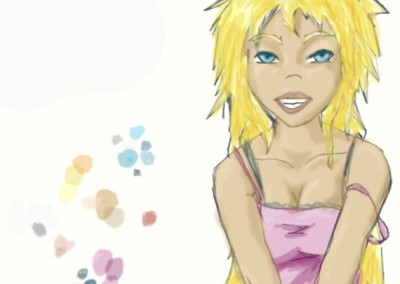 Fawkes from the fantasy series 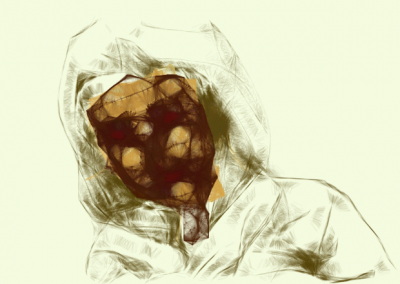 Creepy ass thing I made sort of on accident 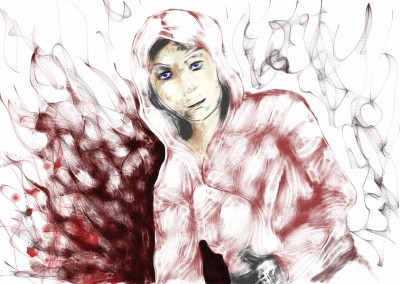 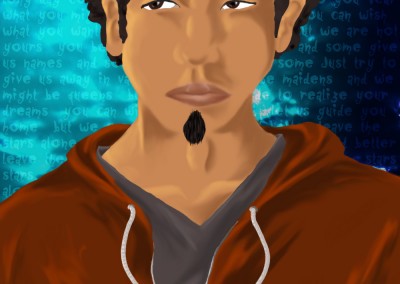 Josef, from nowhere yet 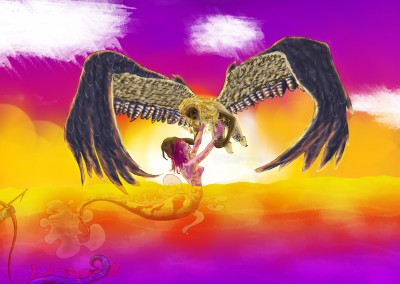 my favorite art piece I’ve ever made. It doesn’t let me load the full size which would let you zoom in to see all the details. I made this for The Slash Pile’s anthology Wanderlust and was given the two random tags of “military” and “angels” to incorporate. I made it femmeslash with mermaids because I love both those things. I had a whole story in my mind; about angels being predatory birds that lure mermaids with a siren song and then yank them out of the ocean up into the air where they kill and eat them. This is the princess of the coral mermaids, who came too close to the surface and is enthralled by the angel’s song. The military merman in the corner is the captain of her guard. He tried to stop her but she was too fast, so now he’s there to protect her by killing the angel. I also imagined that this angel is not a cruel angel; that she’s hungry and wants food and that’s why to her the coral princess is only a meal, but that if they could speak the same language they may learn to understand each other. This is the moment in which everything could change depending on what happens next. 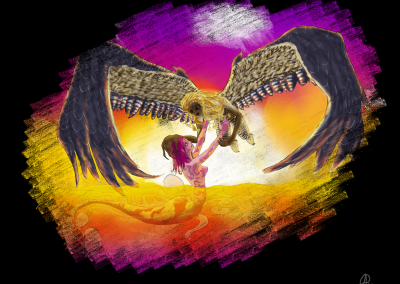 again, I had to load a much smaller version. I liked the idea of these two actually being in love and the backstory not being so dire, so I made a version that cut out everything else. When focused just on them, it looks more like a love story than a future tragedy. 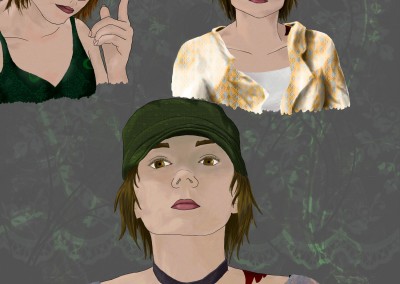 Sloane from my fantasy series, although honestly she looks nothing like this (¬_¬) but mostly I was testing out different styles of coloring hair, textures, etc 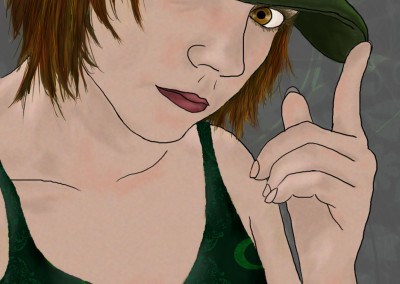 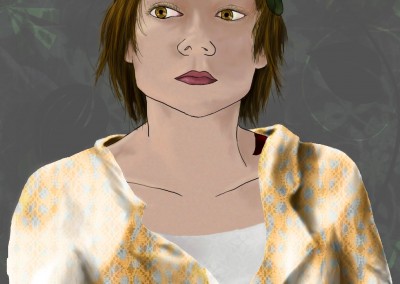 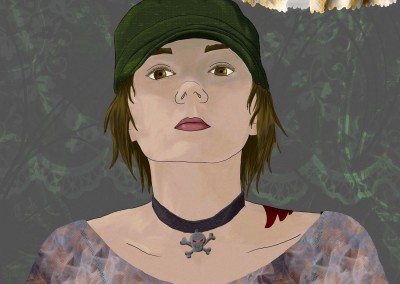 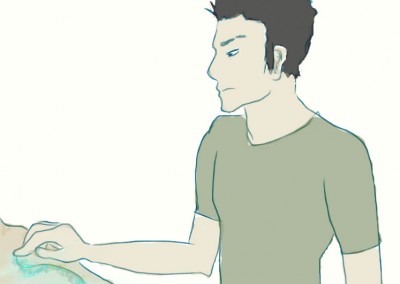 from the fantasy series. Cypress and Hunter when they were young. I love these two. 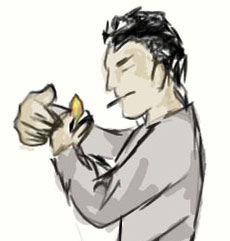 from the fantasy series. Vikenti at his current age. 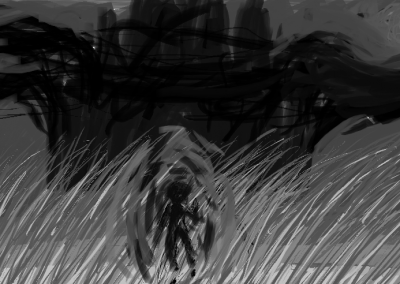 in writing group I was given 5 minutes to write something for the term “stonework”. this was later drawn based on that piece. watch me make this on the videos page. 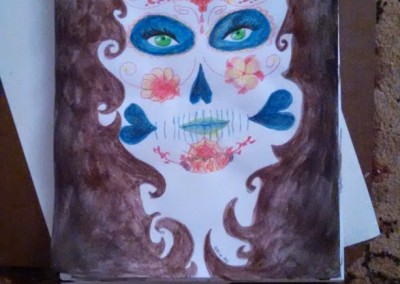 I love sugar skulls so I decided to make something inspired by them. I used watercolor colored pencils on this, and later framed and placed this on my wall. 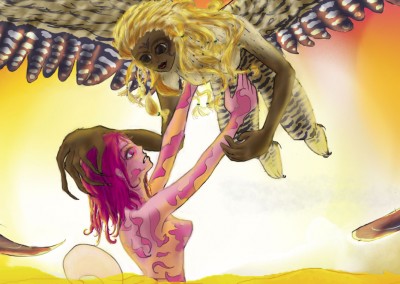 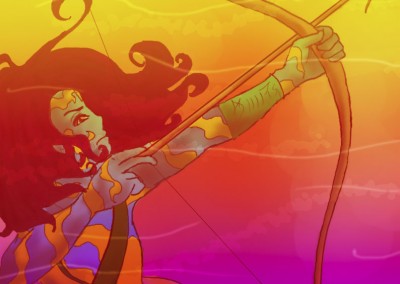 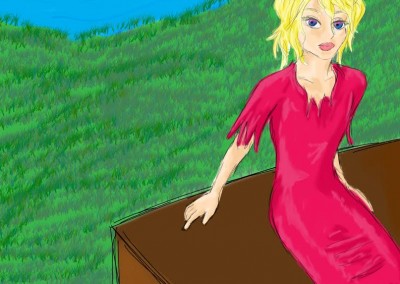 Cora is an agender character from my fantasy story 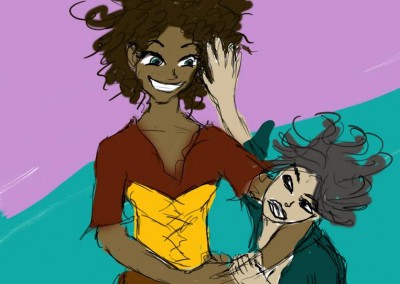 from my fantasy story; these two are troublemaker cousins